Data from the CAP and CAP2 registries—which contain the longest and largest follow-up of patients—add to previous evidence that left atrial appendage closure (LAAC) with Watchman (Boston Scientific) is a safe and effective alternative to long-term anticoagulation in patients with atrial fibrillation. Furthermore, the results show the lowest rate of haemorrhagic stroke observed in this patient population.

David R Holmes (Mayo Clinic, Rochester, USA) and others report in Journal of the American College of Cardiology that while anticoagulation is the “standard of care” for mitigating the risk of stroke in patients with atrial fibrillation, “local therapy” with LAAC “is used with increasing frequency” as an alternative approach. They explain that this is because patients can have “a variety of or absolute contraindications” to anticoagulation and that the rate of patient non-adherence to anticoagulation is “50% to 60% by 1.5 to 2.0 years”. Data from BIBA MedTech Insights LAA Monitor do suggest that the use of LAAC is growing (albeit not rapidly). These findings show that there has been a 5.6% increase in the number of LAAC implants in the top five European markets (France, Germany, Italy, Spain, and the UK) over the last two years: 3,540 in Q3 2017 vs. 3,740 in Q3 2019. See Figure 1.

According to Holmes et al, this increase in use of LAAC means that “a collection of longer-term data using LAAC devices in important”. They add that the initial randomised controlled trials (PROTECT-AF and PREVAIL) of the Watchman devices had accompanying registries “designed to continue accrual of data on longer-term outcomes and allowed continued access to the technology prior to the US Food and Drug Administration (FDA) approval”. Therefore, as these registries “represent the largest number and longest follow-up” of patients implanted with Watchman, the authors reviewed the five-year (CAP) and four-year (CAP-2) outcome data.

CAP included 566 patients who underwent implantation with Watchman between 7 August 2008 and 30 June 2010 with five-year follow-up, while CAP 2 included 578 patients who underwent implantation between 25 September 2012 and 21 March 2014 with four-year follow-up. In both studies, patients had atrial fibrillation, were at increased risk of stroke, and were eligible for anticoagulation. Also, both studies had the primary efficacy endpoint of a composite of stroke, cardiovascular death, and systemic embolism.

The authors conclude: “The final five-year and four-year data presented from the CAP and CAP2 registries adds to increasing information at local site therapy is an effective and safe alternative to long-term anticoagulation in patients with non-valvular atrial fibrillation who are at increased risk of stroke.”

Holmes told BIBA Briefings: “These longest-term outcome data in the field with the Watchman device add to the information that this technology is an important advance in the field and provides information on safety and efficacy. It substantiates the information needed by clinicians that supports expanded use of the procedure. These data in addition to the current trials underway will allow positioning of this technology as an alternative to be explored with patients at risk for stroke/systemic embolism in the setting of non-valvular atrial fibrillation.  The future can be predicted to move towards shared decision making where patients can elect treatment with either a LAAC device in expert hands or an oral anticoagulant as first-line therapy to be considered.”

BIBA Briefings is an online platform that gives an in-depth analysis of the latest market intelligence from BIBA MedTech Insights. It also reviews the latest industry news and pipeline developments. 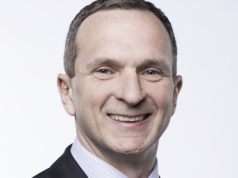